This glass is part of the regular CiM palette

The first picture shows Nectar with silvered ivory wraps side by side  with  Peachy Keen hearts which I have decorated with a silvered ivory fern. These glass colours could pass for one another but are named differently as they have different formulae

The second picture shows nugget beads made with two pretty CiM Glass colours that were both released as a limited run in 2012. The golden transparent is called Peachy Keen and the lush opal peach is called Peaches & Cream. I've made some little nugget shaped beads, two plain, two with fine silver leaf, two with a touch of Zimmermann Z096 Gibsey Brown because I so love peachy and chocolaty colours together. 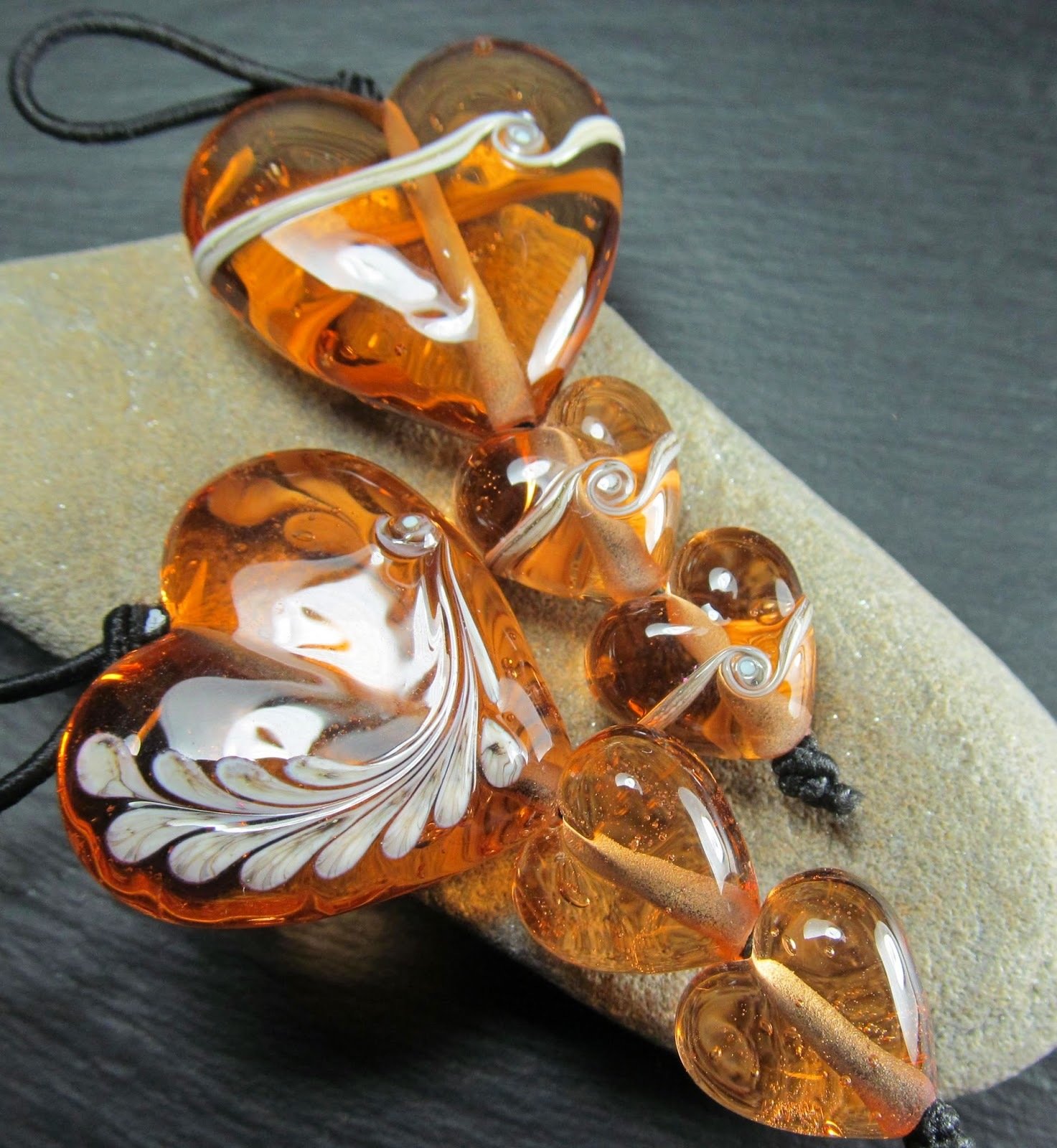 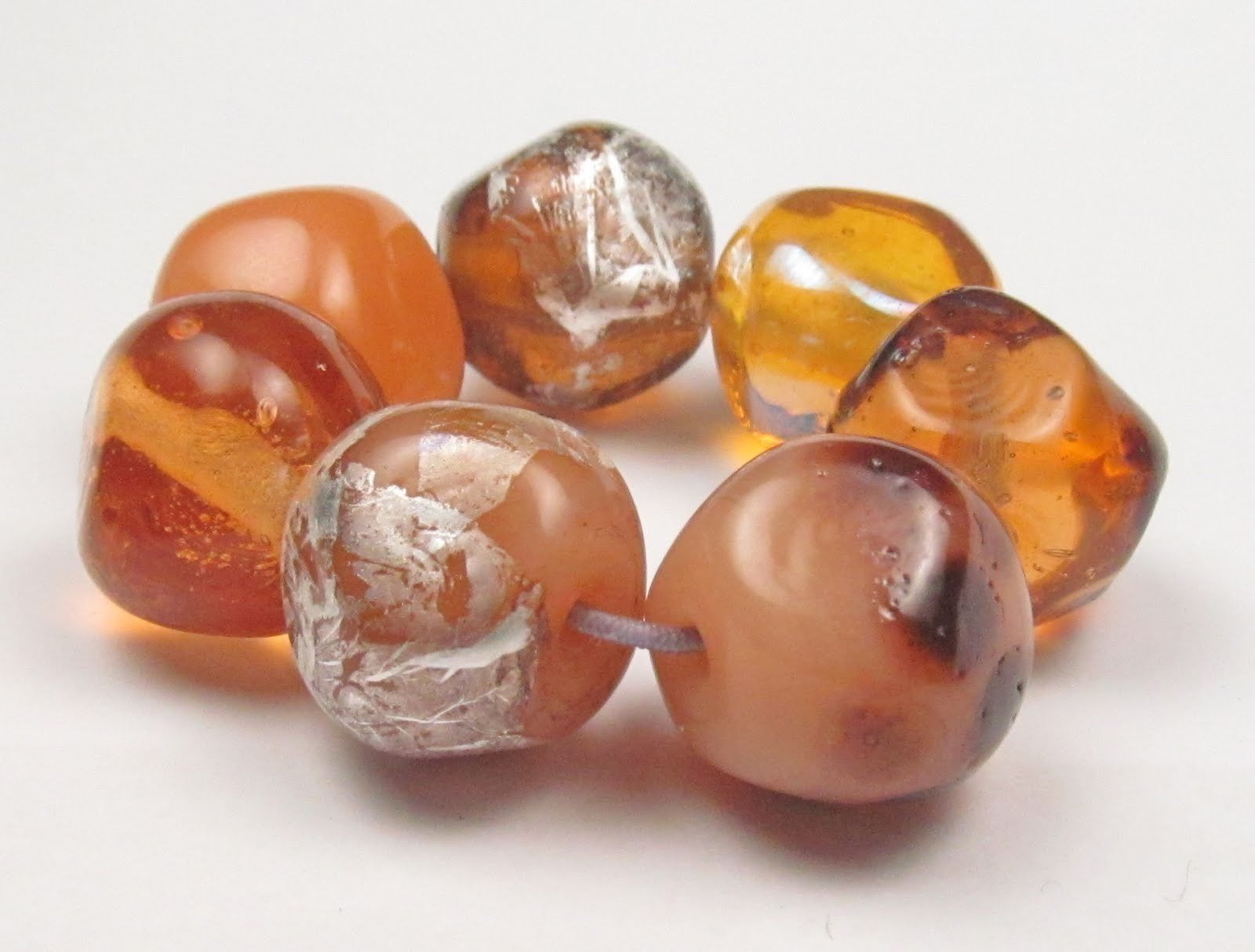